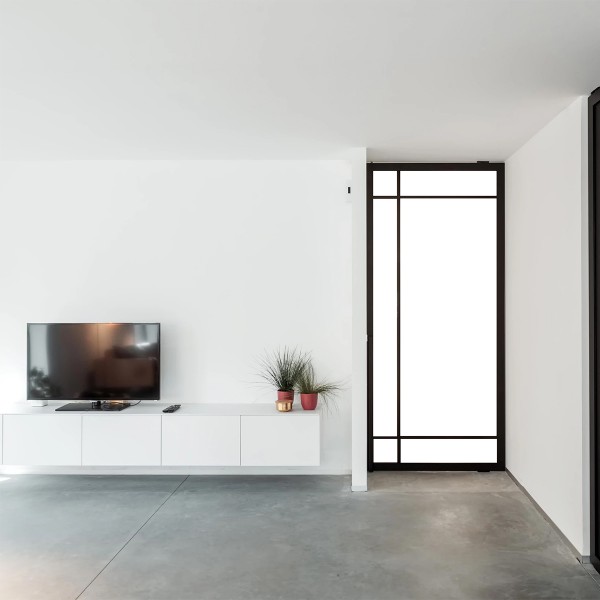 • Extremely thin for a typical installation on the pre-existing glass

• Fast response to the command

• Perfect for use as a screen for projectors

• Extremely energy-efficient for commercial and personal use

We provide customized solution based on requirement.

Switchable films are popular in the market by the name of a smart film or switchable smart film. As the name suggests, a switchable film is a thin sheet that can switch from transparent to opaque and vise versa by passing an electric current. It proves beneficial for indoor places where the need for light and privacy could be the priority. It is also known as a privacy film.

The technical formation of the film consists of polymers dispersed in liquid crystal sandwiched between two conductive ITO-coated Polyethylene Terephthalate (PET) sheets. The polymer dispersed liquid crystal (PDLC) acts as a conductor between the two thin PET films. Technically it is called PDLC film. When there is no free-flowing electric current in film, these liquid crystals are scattered and moving randomly. That partially blocks the light, and the film turns opaque. However, when the current starts flowing through it, the particles are arranged in a symmetrical plan and turn the film fully transparent. The film allows variable controllers such as switches, smartphone apps, or gestures to change the state of the glass from opaque to transparent and vice versa.

We manufacture and supply switchable films that are easy to use and last long. Generally, it comes in two varieties; a self-adhesive film with pre-existing firm adhesion and non-adhesive films requiring external bonds. Moreover, it is energy efficient and protects against harmful UV rays, suitable for every environmental condition. Furthermore, it gives a rich and intelligent look to the house or office and reduces the cost and maintenance of blinders and curtains.

• When the film switched ON, the total barrier ratio is 20 units, and when it switched OFF is 38 units.

• The life span of film is around ten years.

The PDLC films have applications in various areas. The most common application is windows, bathroom, doors, and room partition. It acts as an electrical curtain and looks sleek at the same time giving a delightful, subtle, and smart ambiance. It also helps in creating partitions in the office. Some other uses are at banks and ATMs where there is a need for privacy. It also uses in car windows for an effective sun shield, monitor rooms, rooftops of conservatories, and some laboratories. It also operates in hotels, office cabins, product launches, and many more.

How To Use Switchable Film?

Lay down the product and wipe down both sides of the release liner with isopropyl alcohol. The glass should be clean and free from any debris, dirt, and oil. Use a scraper to scrape off any stubborn dirt. The glass should be completely dry before installation. Start installation and make sure there are no bubbles. If it is an adhesive film, remove the protective cover. If it is a non-adhesive film, use special glue to stick it. Make the electrical connections.

• Since the product comes in the roll's form, avoid bending, folding, or re-rolling the films.

• Handle the edges of the film to avoid delamination.

• Only use isopropyl alcohol to clean the surface of the new consignment.

• Before installation, carefully unpack the material and lay it flat on a clean surface. Let the material relax and acclimate to the room temperature environment.

• We advise you to spray water mist into the air an hour or so before beginning the installation.

• The film requires an electrical connection with suitable power specifications. Make sure that the film is equipped with an adequate amount of electrical supply for better results.

Shilpa Enterprises is a renowned firm in the market that deals with various products used for industrial applications and research and development applications. We believe in quality and perfection and render it in our products and services. Our team of experts has over ten years of experience in the industry, and therefore they can precisely understand the requirements of our clients and deliver them efficiently. We aim at maintaining a high-quality standard that is desirable to international clients. We also provide installation assistance when there is a need for it. We can offer a reasonable and affordable price range. Due to this, our clients worldwide tend to maintain a long-term relationship with us. We retain its quality as well as assist the users in installing it. Furthermore, we provide maintenance assistance to the clients.

1 other product in the same category: 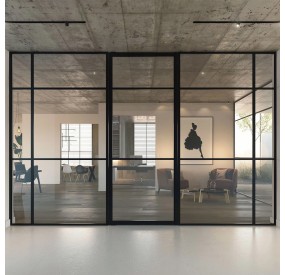 Specification and Details of Switchable Glass A switchable glass, also known as ‘smart glass’, is one of the best innovations in recent times. In simple words, it is an effective solution to...