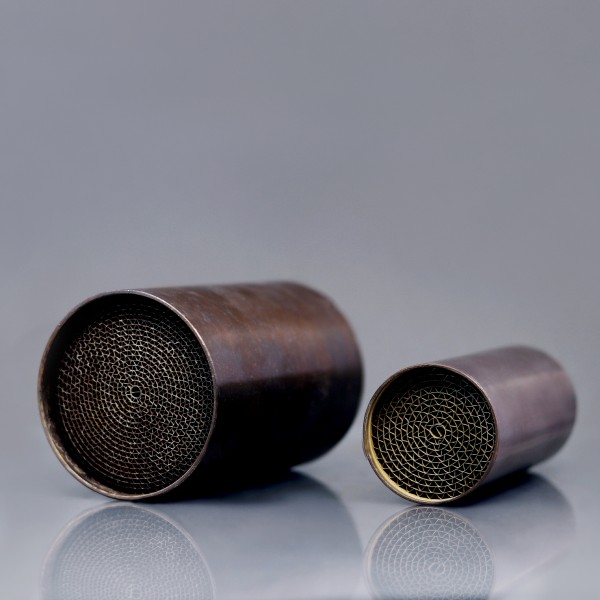 Details and Specification of Catalytic Converter

A catalytic converter acts as an exhaust emission controller installed in automotive machines. It performs a redox reaction by processing the toxic pollutants and gases from the internal combustion engine and converting them into less-toxic pollutants by catalyzing by reduction reaction. The catalytic converters are also popular as "cats" or "cat-cons". The device's function is to reduce air pollution, make and turn them into steam. As the name suggests, the device has a catalyst that converts hazardous gases into less dangerous gases at high temperatures. A catalyst is a chemical that accelerates the process of a chemical reaction without changing its properties. The Nobel metal such as platinum, palladium, or rhodium used as a catalyst. It requires about 800 degrees Fahrenheit (426 °C) to operate, so the product is placed closer to the engine.

The device looks like a metallic box with two pipes coming out of it, which act as input and output for the gases. It is attached to the outer end of a car's exhaust pipe. The inlet brings in polluted fumes from the engine's cylinders where it reduces power. The outlet is attached to the tailpipe that acts as an exhaust. When gases from the engine’s fumes pass over the catalyst, a chemical reaction takes place. That breaks apart the pollutant gases converting them into less harmful gases, which are safe to blow out into the environment.

At Shilpa enterprises, we offer the following types of catalytic converters.

The three-way converter performs to control the emission of nitric oxide (NO) and nitrogen dioxide (NO2) along with performing oxidation of carbon monoxide and hydrocarbons. It means that the three-way converter performs three tasks simultaneously, i.e., reduction of nitrogen oxides into nitrogen and oxygen, oxidation of carbon monoxide into carbon dioxide, and oxidation of non-burned hydrocarbons into carbon dioxide and water.

The chemical reaction of reduction of nitrogen oxides into nitrogen and oxygen is :

The chemical reaction of oxidation of carbon monoxide into carbon dioxide is:

The Diesel Oxidation Catalyst (DOC) is the converter used in compression-ignition, i.e., diesel engines. It functions by using oxygen (O2) that is present in the exhaust gas stream to convert carbon monoxide (CO) into carbon dioxide (CO2) and hydrocarbons (HC) to water (H2O) and carbon dioxide (CO2). The diesel exhaust contains high levels of particulate matter, i.e., soot, consisting of a considerable part of elemental carbon that the product in the form of DPF converts efficiently.

The product is suitable for four-wheeler automobile as it works with diesel. The catalyst used in the product is universal doc type, which is in a 3:1 ratio. The engine capacity that the product supports is a 1400cc or 1.4-liter engine. Aluminum oxide, rear earth ct/zr, and noble metal use as a wash coat. The operating temperature of the equipment ranges from 25 ˚C to 800 ˚C. The product has two ceramic honeycomb substrates and a cell density of 400 cpsi.

It is suitable for a four-wheeler automobile application. It has an engine capacity of 1400cc or a 1.4-liter engine. The fuel type it supports is petrol or diesel for four-wheeler; however, users must avoid using lead-infused petrol (Gasoline). It uses a universal type catalyst and has a ratio of 15:1. The product uses two ceramic honeycomb substrates and has a cell density of 400cpsi.

How to use Catalytic Converter?

The installation of the product occurs at the rear end of the automobile form where the exhaust works.

Make sure that its fittings should be correctly done.

Use unleaded fuel, as the lead in conventional fuel deteriorates the catalyst and prevents it from receiving the pollutants in exhaust gases. Avoid using diesel and petrol that consists of sulfur, phosphorus, manganese, and silicon.

Shilpa Enterprises is a firm whose determination lies in its passion for quality and perfection. We strive to make our products reliable for the customers so that they reach their product satisfaction. It is possible due to our phenomenal team, which imbibes expertise and experience in this field for over 13 years. We are the manufacturers of catalytic converters and supply them all over the world. We provide the product at reasonable costs that are affordable to our clients.

12 other products in the same category: 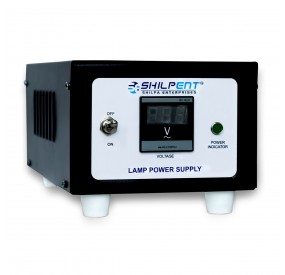 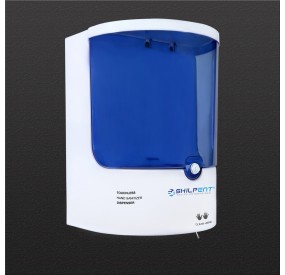 Specification and Details Automatic Hand Sanitizer Machine The ergonomic design of the automatic hand sanitizer machine makes it practical for use by anyone. The surface of this product is very... 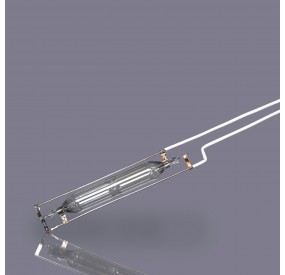 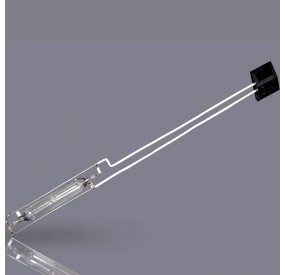 A photochemical UV lamp is essential for excellent photocatalytic reactions. That also includes other similar processes, including photo-chlorination reaction and water-splitting process too. Many... 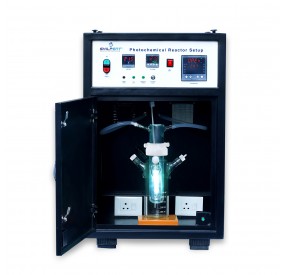 A photocatalytic reactor (Photochemical Reactor) is a device that performs the process of Photocatalysis reaction. Photocatalysis is an activity that occurs when light works upon the surface of the... 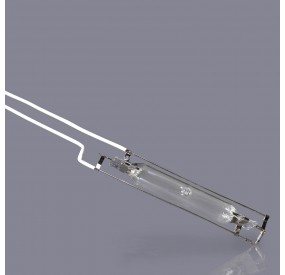 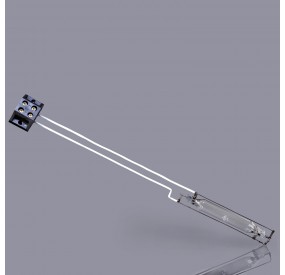 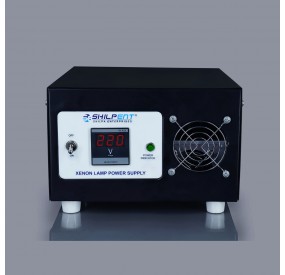 The Xenon Lamp Power Supply (Xenon arc lamp controller) provides the appropriate power to the xenon arc lamp. It is current and power-regulated equipment with universal input and controls the... 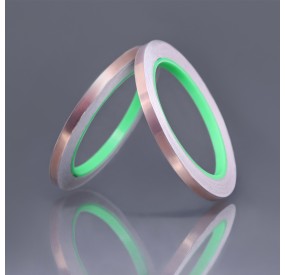 Details and Specification of Copper Foil Tape The copper foil tape is a thin sheet of copper. It is in the shape of a strip, which has wound on a circular or cylindrical plastic core. The tape... 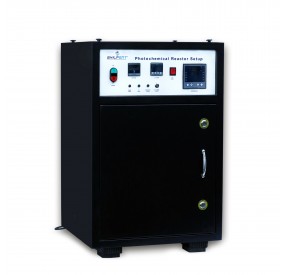 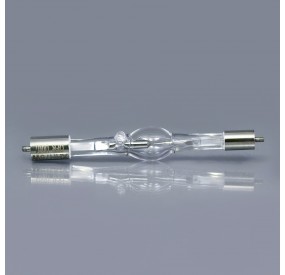 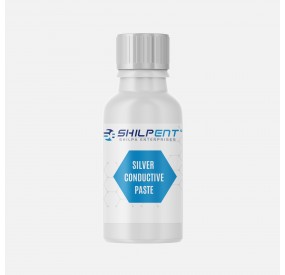 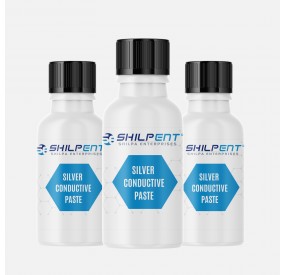 Silver Conductive Paste is a type of conductive adhesive, which has silver nano-particles as its main ingredient. It is also known as Silver Paint because of its color, components, and... 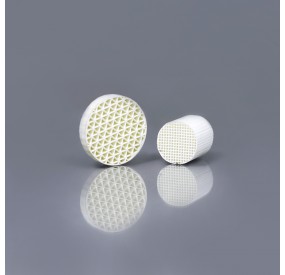 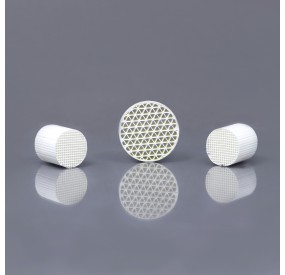 Details and Specifications of Ceramic Honeycomb The ceramic honeycomb substrate mainly manufactured from the cordierite, mullite, and alumina. The cordierite has majorly used material in the... 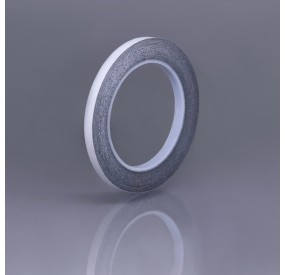 Details and Specification of Carbon Tape A Carbon Tape or a Carbon Conductive Tape is an adhesive with carbon-filled acrylic glue. The product does not have any solvents. It is often helpful for...